That Fat Bloke from Bolton

That Fat Bloke from Bolton.

An award winning Documentary film about a lost boy who became a remarkable man!
​By Co Jo Productions

About this so-called Fat Bloke from Bolton... 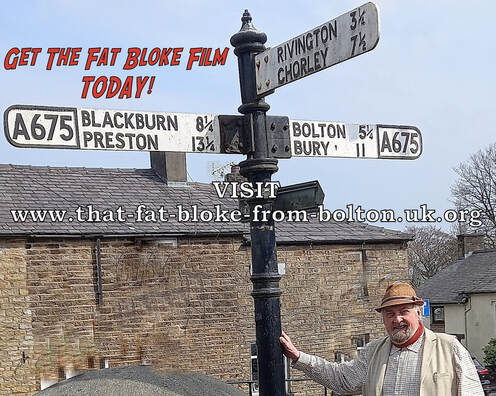 ​When a boy called Eddie was just six years old and living in Bolton, his innocence and childhood were brutally ripped away from him.

By the time he reached his teenage years, he had lost his way in life and had run away from Bolton...

This is the story of how he found his way back to Bolton after five decades of traveling the world working as a labourer, engineer and street performance artist, before becoming a professional Circus entertainer in the mid 80s.

​Eddie has no academic qualifications but he has gathered a wealth of knowledge through experience as he survived and thrived as an entertainer and general worker during his travels throughout the whole of Europe, Scandinavia, USA, Middle eastern counties, India, China and pretty much every country in South east Asia. 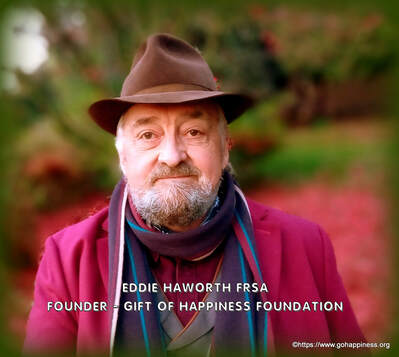 In 2005, he Founded and registered a charity in Thailand serving, around 2,000 people in need every month of the year (pre pandemic) ​with educational supplies, toys, clothing, other essential goods.
​
As a professional comedy entertainer in the style of "Mr Bean", Eddie has performed his hilarious comedy performances for literally hundreds of thousands of people who live in the slums of Bangkok, hill tribe communities and refugee camps along the Thai/Burma border.

​In recognition of his dedication to supporting the needy.  Eddie has received a total of seven commendations from British, Australian, French and South African Ambassadors to Thailand.

In 2019 Eddie was also greatly honoured to become a "Fellow of the Royal Society of Arts" based in London. ​ Eddie's Fellowship was awarded in recognition of his significant contributions to supporting vulnerable people living in the slums of Bangkok and in Hill-Tribe communities located in Jungles straddling the Thailand/Burma borders. (Previous Fellows have included Stephen Hawking, Charles Dickens, Karl Marx and Benjamin Franklin).

​He has collected numerous awards and accolades from organisations like Rotary International, Soroptimists groups and expatriate loyal societies like the Bangkok St. Georges Society, British Women's Group and St Andrews society.
​
He has also been invited to give professional Lectures on the subject of "Slap-stick Comedy Performance" to Drama students at many top-class British International Schools including Harrow and Shrewsbury, and for University students.

Eddie settled back into his home-town of Bolton, Greater Manchester, UK in early 2022 where he is now looking at ways to present and share his unique life story and his award winning TV documentary, "That Fat Bloke from Bolton".​

That fat Bloke is a well travelled Clown! 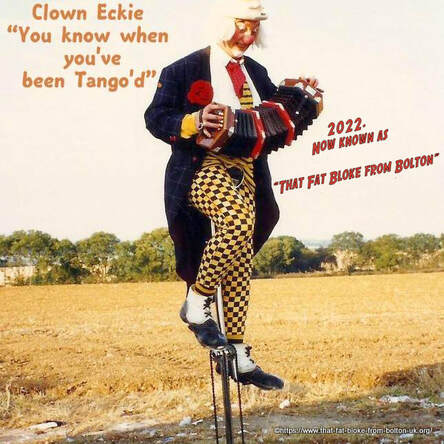 Eddie (AKA Clown Eckie) has won many awards Circus industry awards, including a prestigious trophy awarded to him at the annual "Clown D'Oro" (Golden Clown Award) completion in Sicily 1998.

One of his other major achievements was to be chosen as the first British Circus Clown to be offered a residency at the first ever French, Molin Rouge Cabaret theatre in Shanghai, China.

Throughout the late 1980s and all through the 1990s Eddie has given performances and has been teaching the Art of Buffoonery in countries throughout the Far East, the Middle East, India the whole of Europe, Scandinavia and even played to a capacity audience giving a one-man-show in Central Park, New York City, USA.

​During his time as a world travelling performance artist and prior to his time in the Far East, Eddie gave regular teaching displays for students at the Universities of Liverpool, Manchester and once at Cambridge University in the UK.

His past skills as a world class seven ball juggler, a high unicyclist, musician and professional Circus Clown led him to appear on award winning British TV adverts, prime time TV shows in the UK, Germany, France and Sweden. Plus he regularly delighted audiences at celebrity wedding parties and many theatres throughout the UK.

He is honoured to have worked alongside other well known British entertainers including Ken Dodd, Norman Wisdom, Roy Hudd, Frank Bruno, The Gladiators and numerous others.
"Eddie even had the great "Robin Williams" in hysterical fits of laughter when the he went to see this British Clown falling off his high unicycle!

​Be sure to see the film of Eddie's unique story...

It has been a very long, a difficult journey of survival for Eddie since he ran away from Bolton at the tender age of 15... but the story has a delightfully happy ending and, indeed, it continues to be a very happy story for Eddie and hopefully a lot of fellow survivors who Eddie aims to support using the wealth of knowledge he has gathered as a world travelling entertainer and teacher...

"Must See This Film - That Fat Bloke from Bolton"

Pru Colville and Jon Matthews, of CoJo Productions, have won a prestigious Award of Merit from the IndieFEST Film Awards.

The award was given for their new documentary, “That Fat Bloke from Bolton”, which explores the life of Eddie Haworth FRSA, a travelling Clown who performs in the style of "Mr Bean" while working tirelessly with the charity he founded, the Gift of Happiness Foundation.

Following his remarkable story, CoJo Productions has created a powerful tale of the human spirit, as they discover Eddie’s journey over continents and decades.
REVEIWS - That Fat Bloke from Bolton
Note: This film is not available on any other platform. Only this 2.11 minute trailer is available on YouTube...
NOW CKLICK HERE!
​Adult survivors of abuse...

“Healing doesn't mean the damage never existed. It means the damage no longer controls our life.”

You cannot run away from any child abuse you suffered. But you must remember... IT'S NOT YOUR FAULT!
​
​       "And it is not Impossible to live a meaningful life even with the memories of what happened to you"
​
Quote The Guardian
"People who were abused as children were three times more likely to try to kill themselves, according to a new study in Psychological Medicine".
​Enquires; CONTACT
Copyright Notice - "That Fat Bloke from Bolton": ©2022 CoJo Productions, Eddie Haworth FRSA. All Rights Reserved.
Warning. ​Attempting to republish Eddie's copyright film on well-known video sharing platforms may result in offenders being blocked on such platforms.

Warning. All news reports/articles, photographs, video's or other intellectual property published by Eddie Haworth FRSA belongs only to Eddie Haworth FRSA. Film rights for That fat Bloke from Bolton belong to CoJo Productions.
​We consider any unauthorised use of such property as theft. Eddie Haworth's Lawyers offer free services to Eddie and are more than willing to prosecute offenders!

​NEED HELP NOW!
In the UK:
If you need help now call 999 or go to A&E now if you do not feel you can keep yourself or someone else safe.
The following services offer confidential support from trained staff and volunteers. You can talk about anything that is troubling you, no matter how difficult:

Call 116 123 to talk to Samaritans, or email jo@samaritans.org. Samaritans are there to listen 24 hours a day, 365 days a year and it's always free to call from any landline or mobile phone.
Call 111 to talk to NHS 24’s mental health hub.
Call 0800 83 85 87 to talk to Breathing Space. The service is open 24 hours at weekends (6pm Friday - 6am Monday) and 6pm to 2am on weekdays (Monday - Thursday).
Text “SHOUT” to 85258 to contact the Shout Crisis Text Line, text “YM” if you are under 19.
​
These links may help if you have survived child abuse:
https://www.mind.org.uk/information-support/guides-to-support-and-services/abuse/sexual-abuse/
https://www.supportline.org.uk/problems/child-abuse-survivors/
https://www.victimsupport.org.uk/crime-info/types-crime/childhood-abuse
https://napac.org.uk/key-facts-figures/
G-DZQZP7JGBP